The War on Drugs is an expensive, harmful disaster. It’s the most destructive and racist set of policies that exist in the modern era. But! Did you know that it’s not only bad for people, but for the environment too? 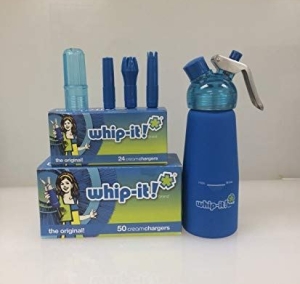 Meet nitrous oxide. It’s a relatively harmless* drug that you probably know as “laughing gas.” Dentists and hospitals use it as an anesthetic, and it’s sold in little metal canisters to make whipped cream. If you’ve ordered something with whipped cream from Starbucks, they used nitrous oxide to make it.

It’s popular at music festivals, especially the hippie kind, because it mixes incredibly well with psychedelics. The familiar ksssht! of canisters discharging into balloons is a well-known sound around festival campgrounds. Even if you’re already having a pretty crazy trip, do a hit of nitrous while on acid or mushrooms and your spaceship will blast off ten times harder into the shattered, echoing universe (for about a minute). 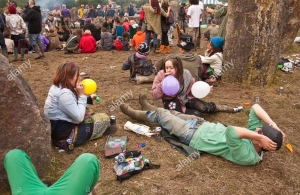 Nitrous is affectionately known as “hippie crack” for good reason.

People have been using nitrous as a medical painkiller, and as recreational drug, for over two centuries. It’s so safe, pregnant women use it in labour. But because the only drugs we’re allowed to enjoy legally are alcohol and tobacco (and cannabis if you’re Canadian or Uruguayan), it’s illegal to sell nitrous for recreational consumption. So that means there’s only one way recreational users can buy it: in those tiny canisters meant for making whipped cream. And do they buy them? Oh boy do they ever. Loads of them.The entire whippit industry is based on a lie that we all pretend is true: that these things are sold only to be used by bakers.

Hah. Not even the companies that make them believe that. You can buy whippits in cases of 600 at a time. No one’s eating that much whipped cream.

But because of drug prohibition, the don’t-ask-don’t-tell continues. And who pays the ultimate price from this nonsensical policy? The environment. 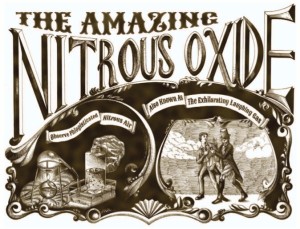 The canisters can’t be recycled because of safety concerns (in case the canister hasn’t been discharged of the gas), so millions of them end up in landfills. Each one gives you about a 30-second high, and then it’s chucked. Incredibly wasteful, right? But before you get mad at the people buying them, think for a minute about the logic behind the laws that create this setup.

We COULD change the laws and allow nitrous oxide to be sold in larger, recyclable containers. We COULD stop this charade, start being practical and allow recreational users to buy it in ways that don’t ravage the environment.

But because of drug prohibition, we don’t.

Because of a set of laws that were only implemented in the first place as an excuse to lock up and disenfranchise the poor and people of colour (beginning with Black people in the Jim Crow-era USA, and Chinese labourers in Western Canada), we all just let this happen. A bunch of people believe the lie that says “drugs are so bad we need to arrest anyone who so much as carries them in their pocket,” so we throw single-use nitrous containers into landfills and burn entire fields of cannabis plants as if more carbon in the air is preferable to letting some people get high with their friends.

Realistically, we are never going to stop people from using this safe and fun drug. Why should we? Who are you or I to tell someone what they can and can’t put in their body, and worse, to use the violent power of the state to enforce that opinion?

Our drug laws right now aren’t based on safety. We know the’re not, as alcohol, widely known to be dangerous, is sold in corner stores, and yet people are still sitting in jail, taken from their families and communities, for having a joint on them.

Humans have been getting high since the dawn of time and that is N E V E R going to stop. We need to start looking at drug laws for what they are:

So, here are some things you can do to help end drug prohibition:

*A note on the safety of nitrous oxide:

There are some risks of using nitrous oxide regularly. In a nutshell, using too much is not good. This applies to every drug in existence.

Relative to how much you have to use to experience harms, nitrous is pretty safe. That’s why it’s so common in medicine and dentistry. However, using too much (several canisters, multiple times a week) can lead to a vitamin B12 deficiency, which sounds like not a big deal, but it but can have many unpleasant (and, rarely, permanent) side-effects. Be careful when discharging a whip-it into a whipped cream dispenser, as gas comes out so quickly that the place around where the canister is punctured can get so cold that it can “burn” the skin. Also, don’t use it standing up as you can fall.

That being said, almost everything we do and consume has negative side-effects. Red meat has harms. Sugar has harms. Everything not consumed in moderation has harms.

But recreational drugs are defined in the public consciousness almost ENTIRELY by their harms. This framing needs to shift.

Everyone is well aware that there are risks from using drugs, but the disproportionate focus on those risks is mostly a product of “reefer madness”-style propaganda meant to justify keeping most drugs illegal. This is exactly the kind of stigma that furthers drug prohibition on behalf of the white supremacist prison industrial complex and foreign policy interests. Don’t fall for it.

If you like my writing, please consider supporting me on Patreon, or sending some diapers for my baby from my Amazon list 🙂 I’m a low-income grad student and new mom trying to fight against the devastation of the Drug War—every little bit helps.

One thought on “Meet nitrous oxide: the fun drug that, because of prohibition, is terrible for the environment”

Stories and highlights from ethnographic field work and interviews on the subject of drug use, drug policy, harm reduction and dance music culture in Toronto and Vancouver.

where else am I on the internet?